The Samsung Neurologica scientific team participated in the development of a new motion correction algorithm for X-ray lung CT imaging. The conventional CT imaging approach, which relies on segmentation to gauge motion estimation, makes the motion estimation of various fine lung structures very challenging. The novel algorithm uses two partial angle reconstruction images for motion estimation, via non-rigid registration, followed by motion compensated reconstruction. The scientific team aimed to show that their proposed method provided positive results in correcting the lung motion artifacts which arise under routine CT scans, even under breath-hold. It is important to note that these artifacts mimic various lung diseases and are a serious impediment to obtaining clear imaging and establishing best treatment for the patients.

The study shows that by using the novel algorithm which processes two reference images instead of a pure image-based approach, to provide motion information; the Technologists were able to produce significantly reduced motion artifacts of various lung structures. In addition, this method shows great potential for CT imaging of the aorta, which presents similar challenges in terms of motion estimation, as lung structures.

The article provides an in-depth explanation of the (chronic obstructive pulmonary disease) COPD phantom experiment and the clinical study that the team conducted during the testing of the novel algorithm performance; it also indicates the limitations related to the motion of the COPD phantom such as the lack of heart rates interference and the rigidity of phantom compared to the elastic motion of the lung structures.

Nevertheless, the results of both the clinical study and the COPD phantom experiment, which use two reference images instead of a pure image-based approach, showed a significant improvement for the cases of motion artifacts. Therefore, the study supports a great potential for various imaging applications, as well as for radiation planning, which are both critical to providing the best treatment to patients suffering from lung and aorta diseases. 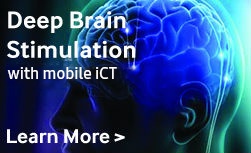 © 2023 NeuroLogica Corp. All Rights Reserved.
NeuroLogica is a Federal Contractor and an EEO/AA/Disability/Veterans Employer.